If we look back to the origins of the house music scene in the UK then we discover its roots in the New York Disco scene of the late 70’s and 80’s. Clubs such as the Loft, Studio 54 and the Paradise Garage gave us the blue print of modern day clubbing – those having the best sound system, lighting rigs and right mix of people to create that special atmosphere. If we focus on just one of the New York DJs – Larry Levan we can see that it was his genius and career that gave birth to modern Supaerstar DJ, remixer and taste maker. Levan showed just host much creative control a DJ could have over a loyal and devoted crowd. The Garage sound system which he helped to design and that he continually tweaked was considered to be one of the all time best. Larry Levan is still heralded as a maestro behind the decks one of the first DJs to remix his only tracks and then drop them in the club to test the crowd’s reaction and then refine them again in the studio.

What’s important to realise is that Larry Levan was one of the first DJ/Remixers to take a song and rework for the dancefloor. Larry Levan was to use percussion, dub effects and vocal rearrangements to completely rebuild the song in to what you would recognise as today’s house music formula. He was a prolific remixer that worked with the best Disco artist of his day including Grace Jones. Larry Levan died tragically young but he has inspired every 30 plus American DJ/Producer since including Masters at Work, Junior Vasquez and Danny Tanagelia. 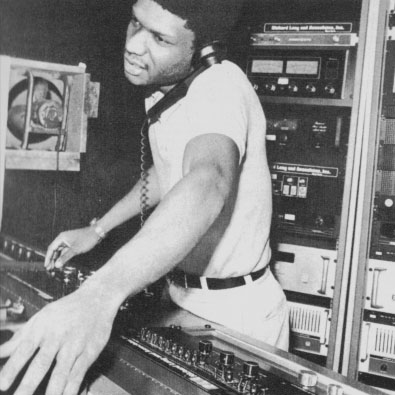 The Paradise Garage was originally a parking garage for cars complete with a car ramp located at 54 King Street. The club was opened as a series of construction parties until it was fully complete. The mainroom contained a monster sound system. It was designed by New York’s finest sound technician Richard Long. Larry Levan himself designed the sub woffers giving the club dancefloor mounstrous bass kick and sub bass. Levan was a perfectionist and his control of the sound system was an example of this. He even used to have 3 different grades of cartridges for his record decks. As the night progress he would swap styluses to improve the sound coming out the speakers. Larry Levan had total freedom when it came to playing music. He would play music of different genres including rock, sometimes playing a track 3 times in succession or leaving the booth all together. He was always interested in using songs played in progression to take the clubbers on a journey of emotions. He was also a master of breaking in new records. If people didn’t dance to it straight away he would persist with it over a number of weeks eventually turning it into a hit. 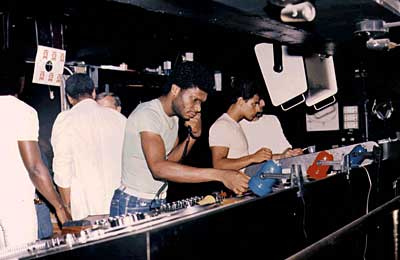 Larry Levan had his own success with his group called the Peech Boys that a series of dance floor hits. His production style was to dramatise the song with dub, reverb and echo and big basslines that just sounded fantastic on the Garage sound system. However he could spend ages in studio costing his record labels huge studio costs. In the club Larry crowd was diverse black, white, latin, straights and gay. They were all there for the love of the music and to worship their DJ Idol.