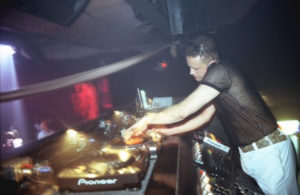 DJ Tim Spins has developed his DJ career  as a resident DJ and co-promoter at London’s prestigious invite-only event ‘Pengeparty’. Pengeparty has twice been nominated for London Barcardi club awards. It has also been nominated as the 3rd best party ever by Mixmag magazine’s ‘Top Clubbing Experiences’. 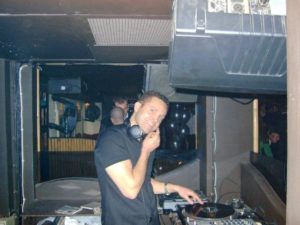 I have had the luxury of Djing at the cream of London and international venues. I am fortunate that my main residency has been to entertain London’s most exclusive crowd on a regular basis at legendary Pengeparty. I specialise in playing the cream of soulful house and more up tempo funky house, paying attention to blend in a few disco underground classics – the foundation of house. I also love dropping some of the all time classic’s to really get my set pumping. I am passionate about all aspects of DJing and club culture and can draw on a vast knowledge and experience. I am motivated to play great music that will get any party started right and bring delight to my listeners. My idea of playing a live set is first and foremost to please the crowd, they are the people who are most important to me. I always play for them and make sure I interact with them to bring the party together. I have also been signed to the Italian DJ agency Movida, flying out regularly to play in Italy’s finest clubs.

It was about this time that a new super club was creating a lot of buzz on the underground scene. This was the now world famous Ministry of Sound which was to rival the Hacienda in Manchester, which I’m glad to say I attended once. Based on New York’s Paradise Garage and the notoriety of its star DJ Larry Levan the first DJ to reach superstar status through his music productions and legendary DJ sets. The club had started as the brainchild of resident DJ Justin Berkman, and when I first attended I was blown away by its main room sound system. It was like hearing music for the first time. The system was perfectly balanced that so that the bass would pound you in the stomach yet the volume was not screaming at you. You could here every detail of the music from the bass, to the vocals echoing around the room, the percussion, to the clash of the high-hats, and yet still hear a conversation next to you. At the same time it was the first club to run all night complete with a chill out cinema room and a no alcohol policy. Most of all it has the toughest door policy in London which made the clientele the cream of London clubbers. At this time the first US DJ’s such as Tony Humphries and Masters At Work were holding residencies introducing soulful vocal ‘Garage’ music. Ministry back then had to be experienced to be believed. Quite simply if you were a clubber than this was equivalent to a trip to Mecca or the The Holy land. Little did I know at this time within a couple of years I would be back in this club DJing for Pengeparty on that killer sound system, a lifetime dream come true. 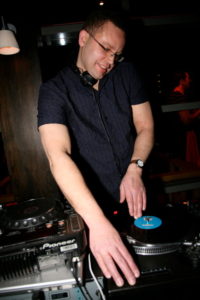 A little later my brother Jason started to join me on my clubbing trips to the Ministry and it would turn out to be the direct ‘Big Bang’ moment that gave birth to Pengeparty. My brother would invite a select crew of DJs and clubbers to an after party at his house in Penge after the Ministry finished each Sunday morning. Key Djs would play the sounds of the Ministry in the house and soon the size of the after parties were growing to big to be contain within a house, so much so that the floorboards literally collapsed. It was at that moment Jason had the vision to take his crew of Djs, the sounds of the Ministry, the cream of the Ministry clubbers and start promoting his own club nights in London. With that vision came the blueprint of what the best clubbing experience could be and Jason understood that being selective with who was invited was the key to success. He decided to use invites posted out to the most up for it party people and allow them to select a limited number of guests. Membership cards were issued to the cream of the guests and the parties allowed to grow organically by word of mouth without any advertising or promotion. Invites were soon gold dust and with out an invite you simply had to wait in hope. Another key element of the parties was only the most exclusive venues were chosen. The best lighting technicians, sound system technicians, interior decorators were then brought in to create the perfect clubbing experience creating life long memories in those that were lucky enough to attend!