Frankie Knuckles started his DJ career at Better Days with fellow house pioneer DJ Tee Scott. He then DJ’ed with his good friend Larry Levan at the Continental Barth’s in New York from 1972. It was a a bath spa for the the New York gay scene that had a DJ booth and dance floor within its rooms. By 1974 Larry Levan had left to set up the Paradise Garage and Frankie had been promoted from Larry’s warm up DJ to the the headline DJ at the Continental Baths. He stayed there until it was forced into bankruptcy in 1976. 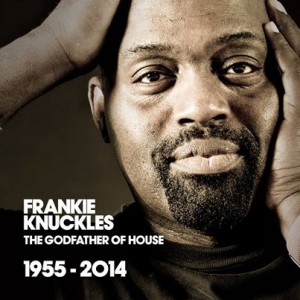 Frankie Knuckles rise to DJ fame started when he was contacted by the owner of the Chicago’s Warehouse Club to become the resident DJ. The position was originally meant for Larry Levan, but he was now having great success in New York and didn’t want to leave. Frankie was responsible for making the transition from Disco to House music as we know it today with what he used to play at the Warehouse. In fact the very term “House” is derived from the name of club and his style of music. Larry DJ style included using reel-to-reel tapes to splice songs and extends records from 5 minutes songs to 7-9 minutes extended dance mixes which he would then play from his reel to reel tape deck. He would take old disco records and remix them in this manner. He would also use new music technology like drum machines such as the Roland T909 and samplers to create his own beats and breaks to play between the tunes to keep the energy of the dancefloor pumping. 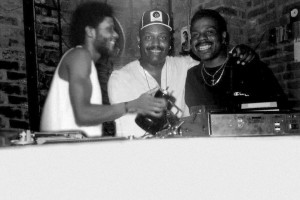 It was at this time that The Chicago DJ and music scene exploded. Suddenly everyone was making House music and it was getting played in the various clubs around Chicago as well as the Warehouse. Producers such as Marshall Jefferson, Chip E, Adonis, Jesse Saunders, Finger’s Inc and Steve Silk Hurley were producing hit records that were breaking in to the UK club scene and getting pirate radio play. Two Chicago record labels Trax and DJ International were instrumental in signing these underground pioneers and bringing their music to the masses. Eventually their music became so big in the UK these djs/producers pioneers were able to come to the UK on tour which coincide with the birth of UK’s Acid House music scene in 1988. 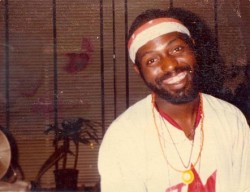 Frankie Knuckles was having success with his early remixes, but it was the success of his track Your Love with Jamie Principle that launched his career as a producer/remixer in to the stratosphere. Through out his DJ career Frankie Knuckles has worked in various production teams such as Def Mix and Bad Yard Club to remix various famous artist’s including Michael Jackson and Mariah Carey. He has also produced some of house music most seminal tracks suchs as Robert Owen’s “Tears” and “I’ll be your friend”. 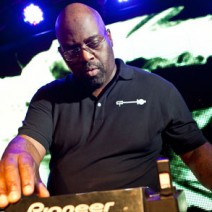 Frankie Knuckles has always stayed true to his roots in underground music. When house music as gone in different directions and flavour she has been consistent in producing music with strong melodies, orchestrations and beautiful lyrics. he has set standards in the music industry that few producers have been able to match. He has also consistently pushed the boundaries of djing and remained one of the most in demand DJs throughout 3 decades. Very few could have achieved what he achieved in his lifetime. And so it was very sad that he after a period of illness with type 2 Diabetes he passed away on the 1st April 2014. He will be fondly remembered by so many as “The Godfather of House”.

What was it like during the early days of house?

By today’s standards, I guess you can say that things were a bit primitive. Today everything is digital. Back in the day everything was analog, which in truth, is my preference.

Musically, it was a collective effort that made the incredible music that has inspired and stood the test of time.

Just think of all the songs that were sampled over the past 25 years and you’ll get a pretty good idea.

As for the energy, it was just as vibrant and electric as it is today. One thing I’ve learned from traveling the world for the past 20 years, is that people really are the same all over the world.

And as much as folks are the same all over the world, people party and dance with the same energy and passion. 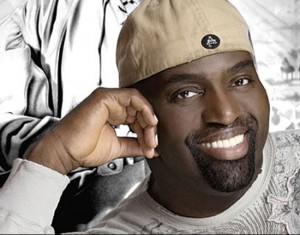 How would you compare those early days to today’s house music scene?

Here in Chicago and New York City the nightlife scene was pretty wide open. The cities didn’t really know how to regulate this part of the music industry so after-hour clubs flourished, not only in Greenwich Village and Soho, but in Brooklyn, The Bronx, Philadelphia, D.C., and Chicago.

There really was no comparison except, New Yorkers were always the most arrogant. It was all about New York City when it came to clubs and music. Anywhere else outside of New York rarely got recognized.

I think there was a lot that the audience could relate to, lyrically. Plus, the artists that did so many of the vocal performances were raised in church. Coupled with the energy, it all just made familiar sense to the crowd.

How much of a role did drugs play in the development of house music?

Drugs are not the reason that the music took off. House music’s universal appeal comes from the energy, beauty, soulful sexiness, and gut-wrenching vocal performances that have inspired so many spin-off ideas.

I am just one of a number of DJs that pioneered the sound. However, it all began at my club, US Studios, which was later named the Warehouse. It inspired all the other guys that were climbing on the bandwagon back in the day

How was house music important for black culture?

I don’t know how to answer this. House music isn’t black or white. It just is. It feels good and it feels right. What’s wrong with that? Why is it necessary to put a colour or life style on it?

Like so many things that were born through gay culture, straight people tapped into it, embraced it, and made it their own, thereby crossing it over into the mainstream.

Sometimes it isn’t necessary to draw a picture to get someone to understand what it is. Some things that come into this world naturally find their place. House music is one of those things.

But don’t you consider it part of black history?

In the grand scheme of things I guess it is. When you look at where it was born and what audience made it popular.

You’re often referred to as the Godfather Of House. Is that a fair title?

I am just one of a number of DJs that pioneered the sound. However, it all began at my club, US Studios, which was later named the Warehouse. It inspired all the other guys that were climbing on the bandwagon back in the day.

But I think it was the crowd’s affinity for the club and personal affection for me that made them feel close enough to consider me their ‘Godfather’.

I remember all the guys back in the day that were making tracks. It’s like everybody and their mother was making house music. Not all of it was very good.

As a matter of fact, a lot of it was terrible, but it was next big thing. And like the gold rush days, everyone was trying to cash in. But I also remember sitting back and looking at the plethora of ‘would-be DJs’ and ‘half-ass producers’ that came out of the woodwork to stake their claim in the house music community and thinking to myself, ‘Let’s see how many of these guys survive the next 10 years and we’ll see exactly how viable this music scene is’. 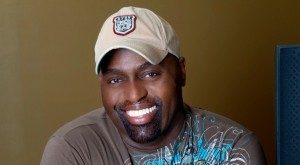 Most of those guys – about 98% of them – are not involved in making music today. And the ones that are aren’t necessarily making house music anymore.

Before the music became known as the Warehouse music, or house music, what did you call it?

It was ‘Soul Music’. Unlike today’s house music which ranges in tempo from 126bpm to 130bpm, the music that I played, as much as every other working DJ, ranged betweem 100bpm to 120bpm, occasionally with songs that would cut through at 126 to 128bpm, which were considered peak hour songs.

What was the DJ booth like in those early days?

When I came into my own as a professional DJ, just about every system I worked on was designed by Richard Long.

Richard Long was a mentor and teacher to both me and Larry Levan. He had his own showroom and club called, SOHO. Larry eventually left me at Continental Baths to become the sole resident for SOHO.

There at SOHO Richard taught us everything about every piece of equipment that we had to work with. The inner workings of each piece and the necessity of each amp, pre-amp, how to re-cone speakers, change fuses, and more. 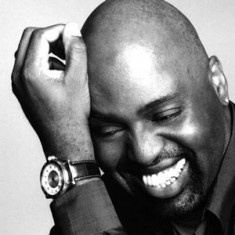 The power that was used was generally MacIntosh and Crown Amplifiers. The EQs and crossover networks were all custom designed by Richard Long Associates (RLA).

Speaker systems ranged from Altec Lansing and JBL, to custom speaker designs and cabinetry by RLA.

Being a working club DJ at the time with 10 years under my belt, getting involved in production seemed like the next logical step to take.

The music that made up the majority of my collection was written and produced by great producers like Thom Bell & Linda Creed, Kenny Gamble & Leon Huff, and Nick Ashford & Valerie Simpson.

We had major record covers with liner notes. Everyone read the liner notes on any and every record. That was how you knew exactly what you had in your hands.

So many great musicians working together under great arrangers and producers, in incredible studios. Today, most house music producers do it all on their own in their bedroom studios. I guess that’s okay, but personally I miss the collaborative effort by all the musicians. 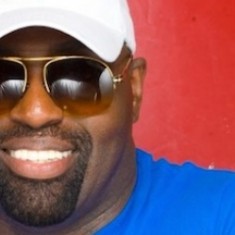 Do you think the role of the DJ has changed too over the years?