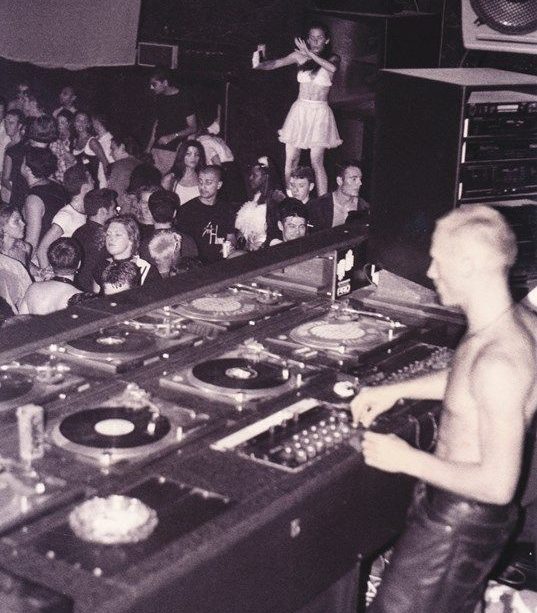 The birth of the Ministry of Sound would have been impossible if it weren’t for Justin Berkmann. In the late ’80s, Berkmann was an inexperienced 20-something DJ with a passion for house, but after finding inspiration at New York’s Paradise Garage during its heyday, he returned to London and enlisted entrepreneurs James Palumbo and Humphrey Waterhouse in creating a paradise of his own.

After the Ministry opened in 1991, it wasn’t long before he began convincing icons like Larry Levan and Francois Kevorkian to come out of retirement and fly out to London to step behind the decks of the club’s impeccable soundsystem.

It might be hard to believe that the very first London club dedicated to house (which eventually expanded into a full-blown multimedia enterprise) was born out of a derelict parking garage. But nearly three decades later, the Ministry is as vital as ever. Berkmann shared the story of how it came to be with Bill Brewster, from his early days spent frequenting parties like Family Funktion and Shake ’N’ Fingerpop, to meticulously designing one of the most revolutionary clubs in all of London.

END_OF_DOCUMENT_TOKEN_TO_BE_REPLACED

The late 1980s were a heady time in the UK. A generation was enjoying its own summer of love, opening up to new ways of thinking and partying. Amid the euphoria, some began to evolve the music that soundtracked this cultural and social revolution, seeking ever higher highs. House and techno were blended with hip hop, dub, disco and more to create the hardcore sound. As the ’90s rolled in, this fusion of drum machines, breaks, samples and synthesisers splintered even further. One of those directions was jungle, a music that came bursting out in the early ’90s with an infectious energy and undeniable impact.

Beyond the warehouse parties, countryside raves and pirate radio that fostered the early days of rave, one club night can be held up as the inception point for the birth of jungle in London. Rage was a weekly Thursday party that opened in October 1988 at Heaven, one of the capital’s largest nightclubs, and already home to early acid house parties such as Paul Oakenfold’s Spectrum. It was there that two unproven DJs by the name of Fabio and Grooverider hit upon a mix of ideas that proved unstoppable.

END_OF_DOCUMENT_TOKEN_TO_BE_REPLACED 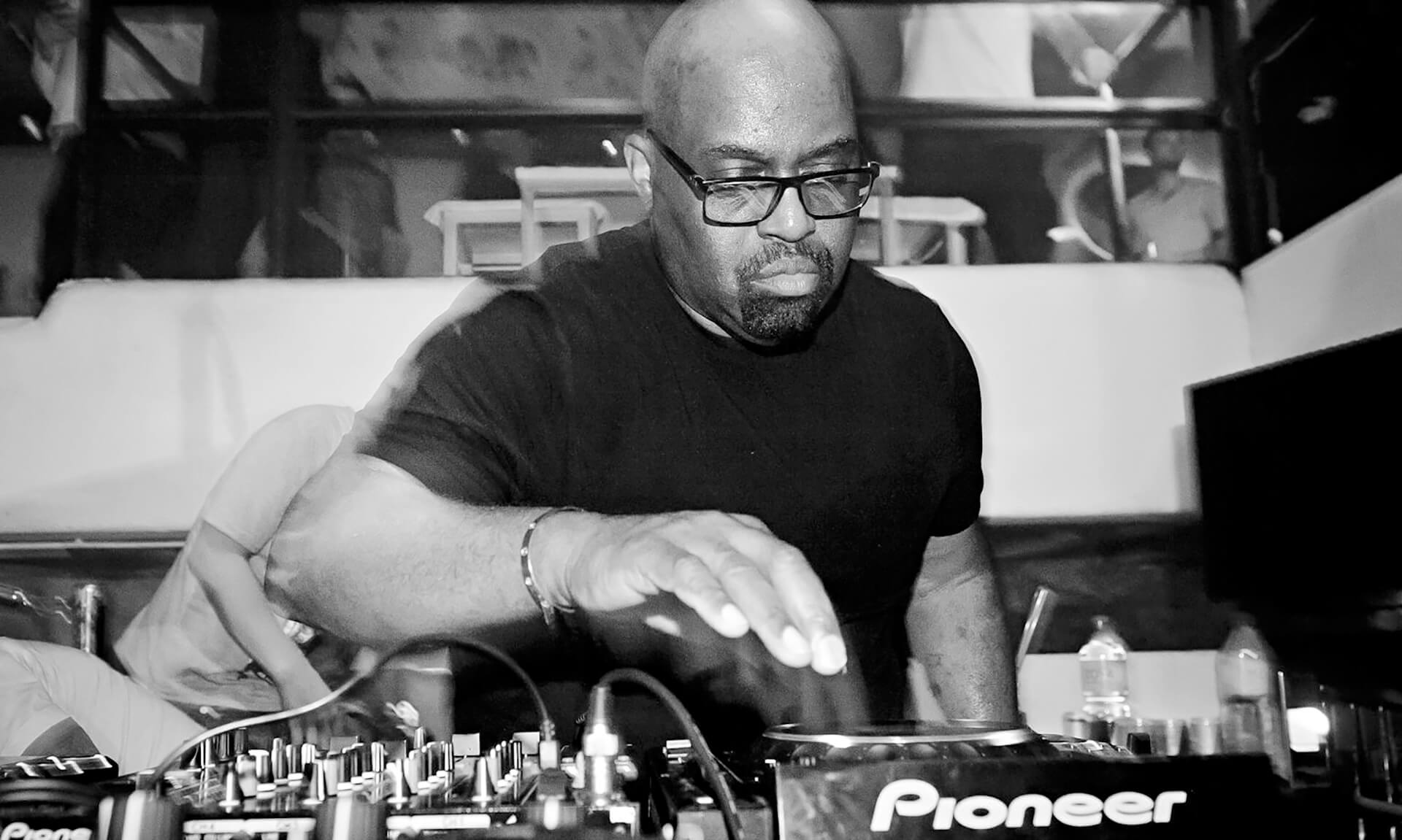 Frankie Knuckles started his DJ career at Better Days with fellow house pioneer DJ Tee Scott. He then DJ’ed with his good friend Larry Levan at the Continental Barth’s in New York from 1972. It was a a bath spa for the the New York gay scene that had a DJ booth and dance floor within its rooms. By 1974 Larry Levan had left to set up the Paradise Garage and Frankie had been promoted from Larry’s warm up DJ to the the headline DJ at the Continental Baths. He stayed there until it was forced into bankruptcy in 1976.

END_OF_DOCUMENT_TOKEN_TO_BE_REPLACED 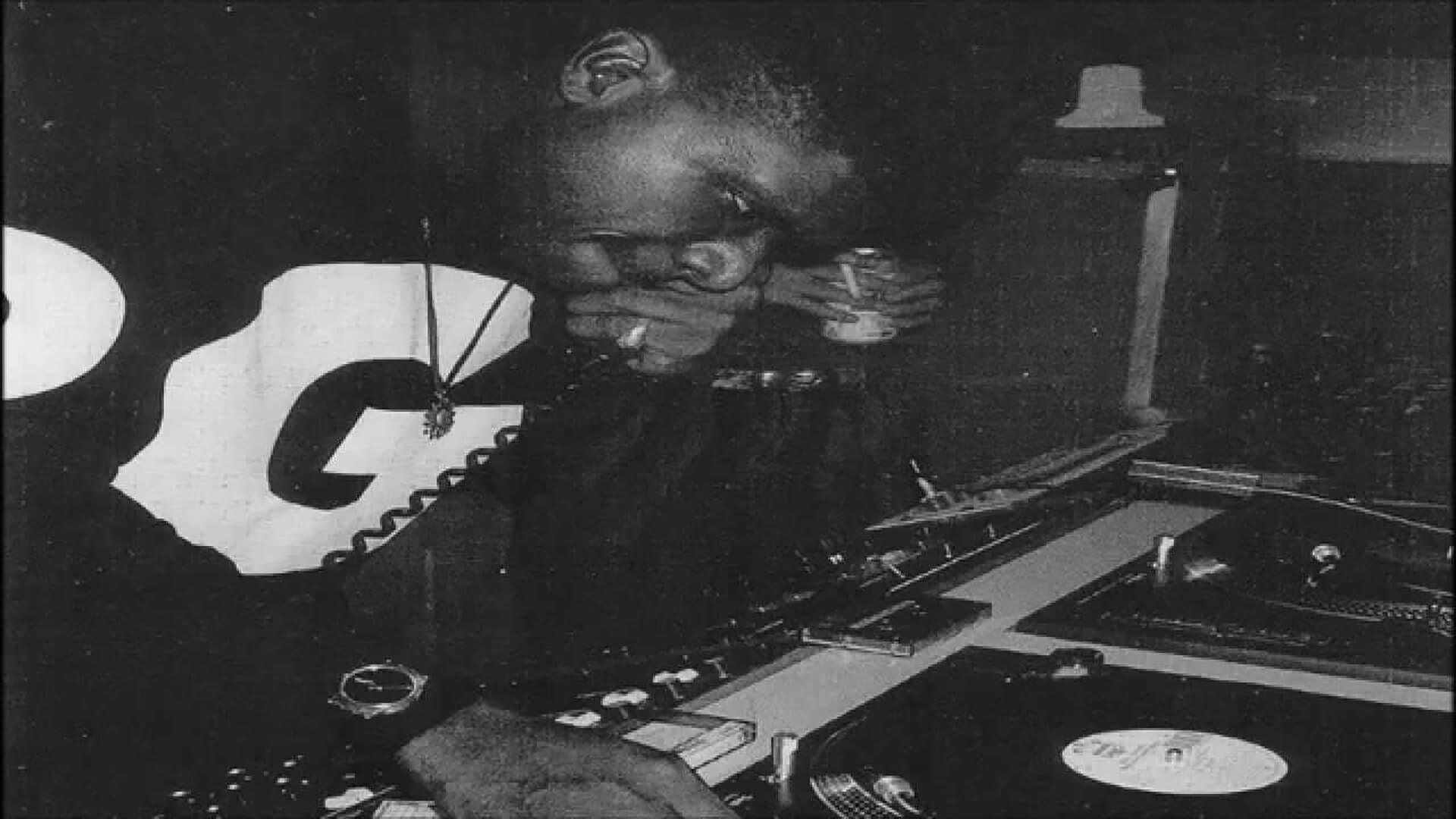 “I’m going to get two more turntables so that as the night goes on, I can upgrade the sound. So I use cheap cartridges in the beginning and upgrade – I have $150 Grace cartridges which I’m really into but you can’t backcue with them. At five AM you’d say ‘what is that?’ because a record should sound as good as a tape.”

When I first went to The Paradise Garage I felt as though I’d finally found the perfect nightclub. With a clear door policy members and their guests only – a kind and courteous staff, no liquor, an awesome sound system continuously expounding the most serious Black music and an audience of thousands of dancers whose inter-connected energy often makes the main dance room feel like a rocket at the point of lift-off. Here was the antidote to all the glacial pose palaces passing as dance clubs.

END_OF_DOCUMENT_TOKEN_TO_BE_REPLACED 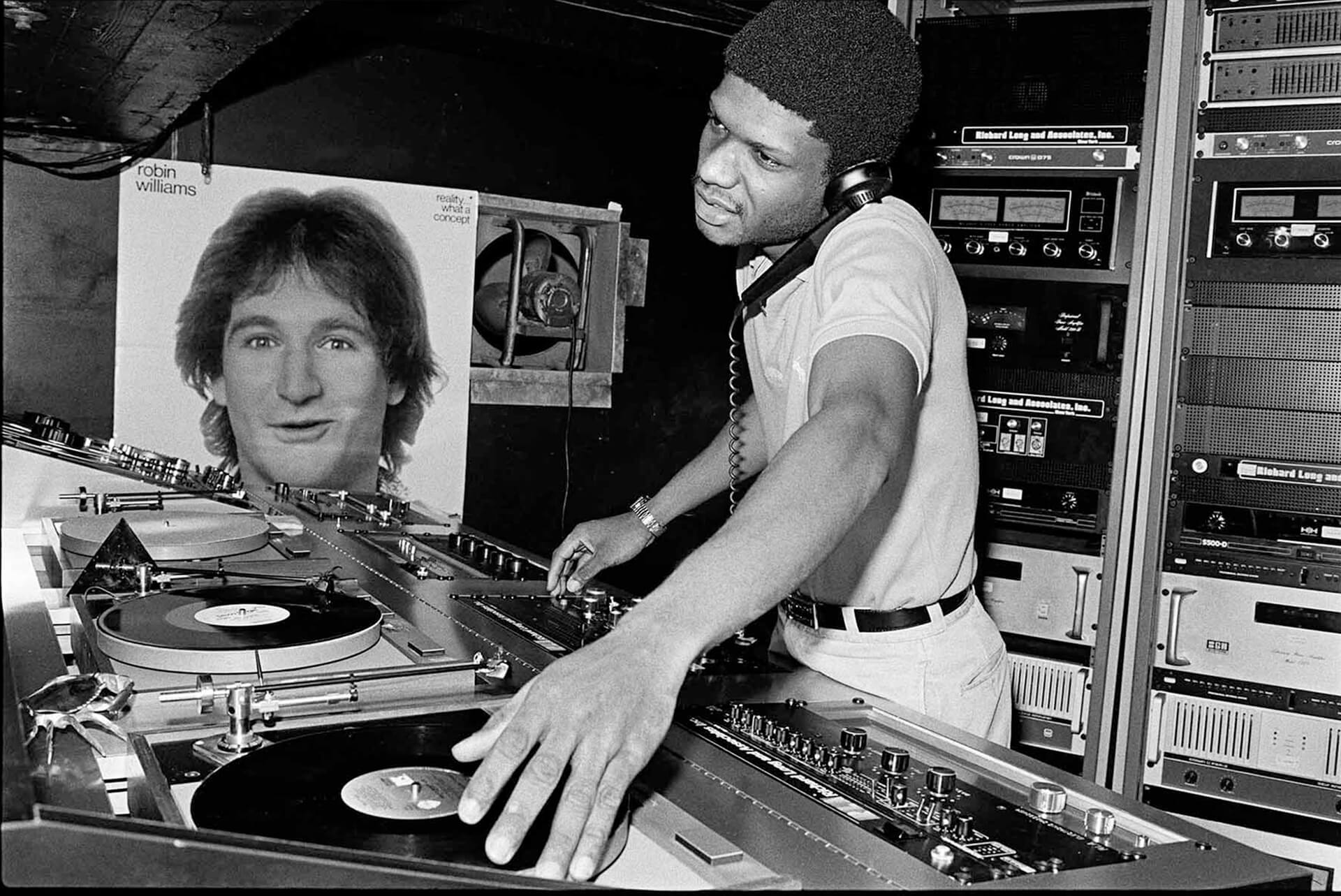 If we look back to the origins of the house music scene in the UK then we discover its roots in the New York Disco scene of the late 70’s and 80’s. Clubs such as the Loft, Studio 54 and the Paradise Garage gave us the blue print of modern day clubbing – those having the best sound system, lighting rigs and right mix of people to create that special atmosphere. If we focus on just one of the New York DJs – Larry Levan we can see that it was his genius and career that gave birth to modern Supaerstar DJ, remixer and taste maker. Levan showed just host much creative control a DJ could have over a loyal and devoted crowd. The Garage sound system which he helped to design and that he continually tweaked was considered to be one of the all time best. Larry Levan is still heralded as a maestro behind the decks one of the first DJs to remix his only tracks and then drop them in the club to test the crowd’s reaction and then refine them again in the studio.

END_OF_DOCUMENT_TOKEN_TO_BE_REPLACED 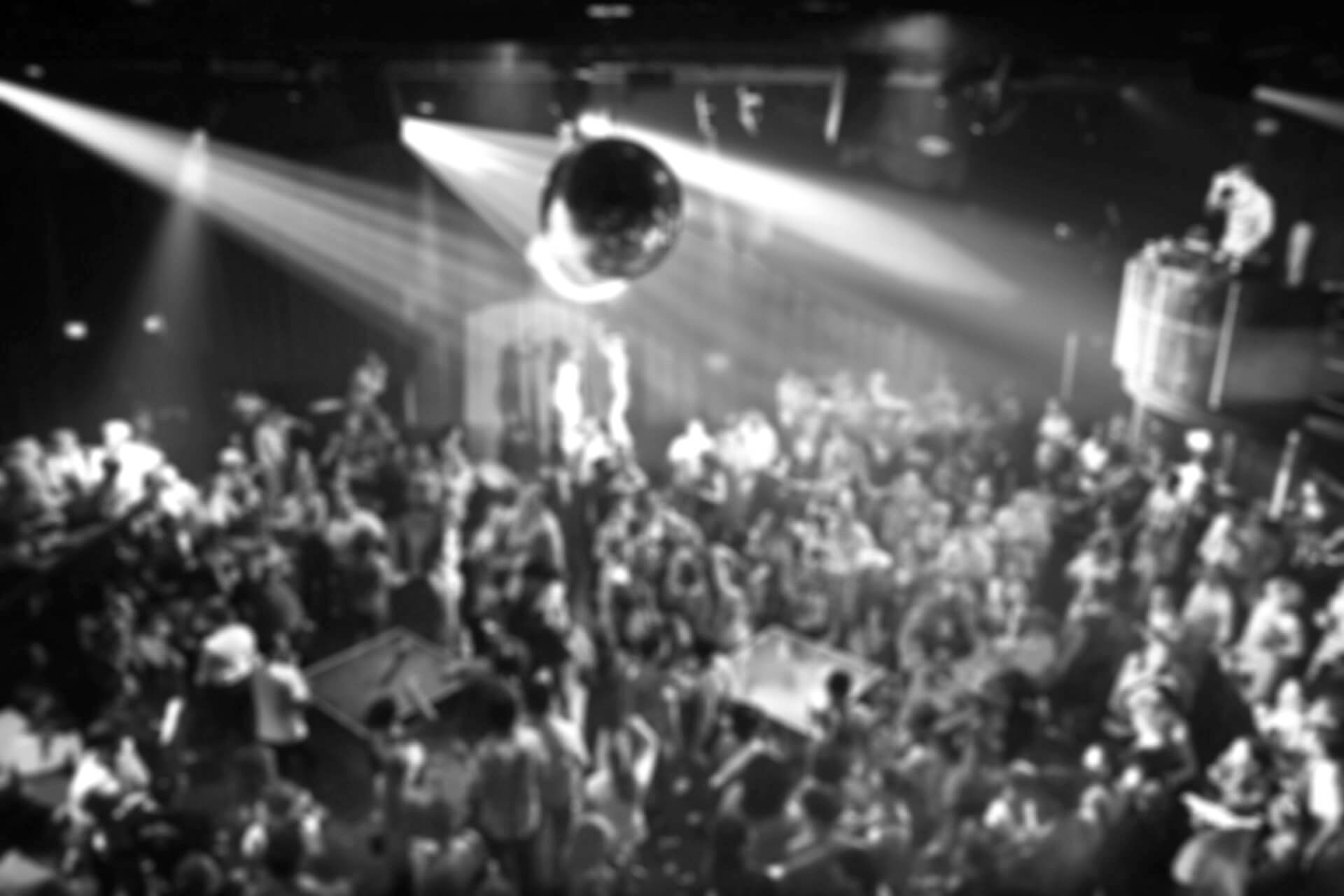 Welcome to my DJ Tim Spins website. The website contains my dj biography dj-tim-spins, mixes, a collection of all my mixes,  photos from events and links to all my social media including Facebook and Mixcloud – mixcloud. I will also be posting blog articles regularly about my take on djing and music business in general. As I find the next dance floor hit, I will be posting a list of my favourite tracks – music . There are also loads of great videos which I will post links too.