“I’m going to get two more turntables so that as the night goes on, I can upgrade the sound. So I use cheap cartridges in the beginning and upgrade – I have $150 Grace cartridges which I’m really into but you can’t backcue with them. At five AM you’d say ‘what is that?’ because a record should sound as good as a tape.”

When I first went to The Paradise Garage I felt as though I’d finally found the perfect nightclub. With a clear door policy members and their guests only – a kind and courteous staff, no liquor, an awesome sound system continuously expounding the most serious Black music and an audience of thousands of dancers whose inter-connected energy often makes the main dance room feel like a rocket at the point of lift-off. Here was the antidote to all the glacial pose palaces passing as dance clubs.

In a balcony above the dancefloor Garage DJ Larry Levan guides his three turntables, Bozak mixer and custom-built Richard Long sound system, playing club classics like Ed Kool, ‘Weekend’ by Phreek, ESG’s Moody’, Eddy Grant’s ‘Time Warp’ and a host of other great Black music. He alternates these songs with three-turntable disco dubs, utilising a spare bassline here, a sound effect record there, all twisted and forged through the simple control of the Bozak into gigantic tangible dubwaves flooding every crevice of the huge room. Tonight, dressed in a white cotton cap and light clothes, he dances as he mixes. it’s as if this Brooklyn-born romantic soul was the lead dervish for what he and other regulars used to call Nicky Siano’s The Gallery five years ago Saturday Mass. 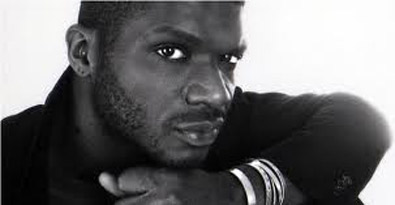 Levan and The Peech Boys

Larry Levan move from spinning and studio mixing into music production with the Peech Boys is the result of his collaboration with keyboardist Michael deBenedictus (who played synthesiser along with Levan s live mixing at The Garage). Their work together inspired ‘Don’t Make Me Wait’, a studio production with singer Bernard Fowler and guitarist Robert Kasper. That song, played at The Garage for months before its release by Larry Levan, could have been the club’s anthem with its epic male plea of erotic yearning. With The Peech Boys’ move from ole-time NY disco-indie West End to Island Records they have been polishing and refining the tracks for their debut abum. The first evidence of it is, in typical idiosyncratic Levan fashion, a 7 inch-only 45 of one track, ‘Dance Sister’. As I write it’s just hitting the clubs in promo form. 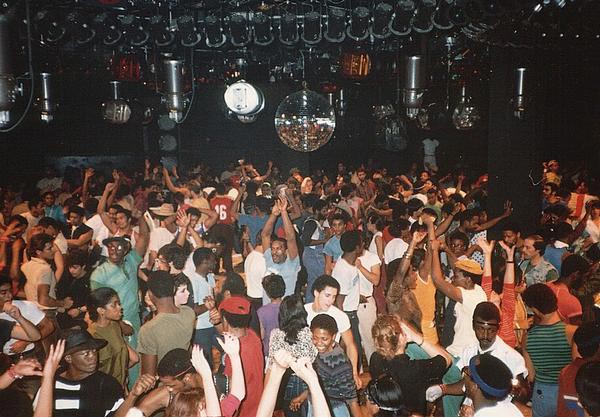 Michael deBenedictus described Levan’s dance-mix style as a dialogue with individuals in the room. In a medium which employs exclusively found material, Levan’s ability to personalise the art of playing records, to achieve an intimate dialogue in the grand confines of The Garage space, has enabled him to fulfill the criteria for the best DJ since the early 70’s He has forged his own style by making the medium speak with his own voice.

“When I listen to DJs today they don’t mean anything to me. Technically some of them are excellent – emotionally they can’t do anything for me. I used to watch people cry in The Loft for a slow song because it was so pretty.” – Larry Levan

When I first heard you play, I noticed you would sometimes leave spaces in between songs or create introductions for them

“That’s from Nicky Siano. He believed in sets. Out of all the records you have, maybe five or six of them make sense together. There is actually a message in the dance. the way you feel, the muscles you use, but only certain records have that. Say I was playing songs about music – ‘I Love Music’ by The O’Jays, ‘Music’ by Al Hudson and the next record is ‘Weekend’. That’s about getting laid, a whole other thing. if I was dancing and truly into the words and the feeling and it came on it might be a good record but it makes no sense because it doesn’t have anything to do with others. So, a slight pause, a sound effect, something else to let you know it’s a new paragraph rather than one continuous sentence. 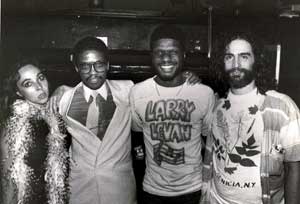 “Lately my thing has been the video. One set of music and then – bang – visual. It stops the feet. The first time it freaked me out when I saw the whole dance floor sit down and start to watch the video. Nicky Siano, David Mancuso, Steve D’Aquisto and Michael Cappello, David Rodriguez from The Ginza – this is the school of DJs that I come from. David Mancuso was always very influential with his music and the mixes. He didn’t play records unless they were very serious.”

“It’s gotten to the point where if you play a slow song people think you’re crazy. The way people party now, the drugs that are in the street, everything has got to be wild and crazy and electronic.”

How did you move from being a dancer/enthusiast into DJing? 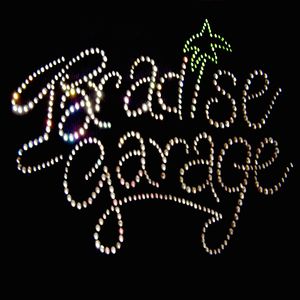 “The first place I played at was the Continental Baths. I got pushed into the job. I was doing lights and the DJ walked out. The manager who was like, a six foot three inches Cuban guy, said ‘You’re going to play records tonight!’ I told him that I didn’t have any records. ‘You’ve got five hours” It was Memorial Day weekend. I went back to Brooklyn and borrowed records from my friend Ronnie Roberts, who had everything. I went back and worked three straight days. I did the Continental for about a year and then Richard Long approached me. I used to go to a club called Planetarium and Richard used to collect the money at the door. ”

Richard Long being the man who designed the sound system at The Garage?

“Yes, and he always like me because I was courteous to him. By this time Continental was jampacked and I had outgrown it. Then the whole thing came with Richard – I went to see the place. It was at 452 Broadway, called The Soho Place. That was like 10 years ago and I was 19. The club went from being empty to being so crowded you couldn’t walk. So eventually the club had to close, and just before the last party Michael Brody approached me. He had a club at 143 Reade Street, a nice little club with good turntables – the mixer was a Bozak – I turned around and there’s a Macintosh amplifier plus Klippschorn speakers. I started working there and it got so crowded I just used to open the window and let the sound go out on the street. Michael was so satisfied that when the club had to close because Of overcrowding, he asked me not to play anywhere else until the new club opened.”
Did you design the sound system with Richard Long?

“First Richard told me what he thought would go in. I wanted Klipschhorns all over the place. Klipschhorns were a speaker made in the 1920’s by Paul Klipsch because he was upset that there wasn’t an amplifier decent enough to run a speaker He made a speaker that would require a little amount of power but would sound that it had a massive amount of power driving it. David Mancuso still uses them in The Loft. The old Loft had four speakers, two bass speakers and tweeter arrays (four JBL bullet tweeters hung together in the calling just producing highs). David didn’t like turning up the bass and treble. He liked to run flat. So he had Alex Rosner build tweeter arrays.” 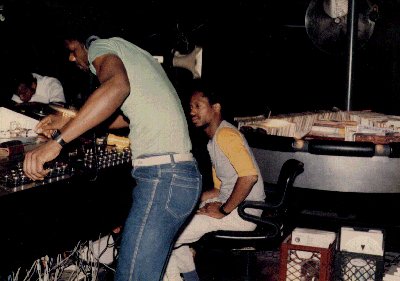 It would be a kind of pyramidic sound. “Sure. Since the speakers all speak at the same time you hear the speaker that’s closest to you first. David called up Cerwin-Vega and they made these 1000 watt bass drivers. They sounded incredible and he would do things like play the sound system with the bass and tweeters off and at 2.30 for whatever record was peaking – banging! – they would all come on. It sounds good anyway and then shh-boom! Now I’m ready for something different. I want a round room.”

You use three turntables?

“Yeah, I’m going to get two more so that as the night goes on, I can upgrade the sound. So I use cheap cartridges in the beginning and upgrade – I have $150 Grace cartridges which I’m really into but you can’t back-cue with them. At five AM you’d say ‘what is that because a record should sound as good as a tape.”

Billboard called ‘Life Is Something Special’ by the Peech Boys state-of-the-art recording. When you hear it live, the bass sound is really gigantic and that doesn’t really come across on the 12inch.

“Right. No way can you put that on a record. When we did ‘Special’ I did the bassline and we programmed the drum machine together.”

You mean back when it was an instrumental called ‘City Fever’? “it was influenced by ‘Jungle Fever’ by Chakachas. That was one of my welcome-to-New York City records, That was when I realised the train went all the way into Manhattan,” 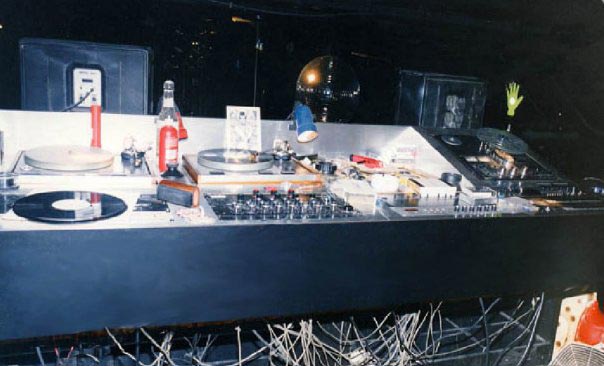 How did you start studio mixing? “Tommy Baratta, who works at West End, was my friend. He used to collect money at the door at Reade Street. One day he said to me ‘you want to mix a record?’ So I went to this engineer named Billy Kessel, who was my age, which was great, because it wasn’t intimidating. There was this song from Sesame Street, called ‘C Is For Cookie’, and I mixed it, not serious, not getting paid for it or nothing. After that ‘I Got My Mind Made Up’ was about two weeks later. Then either ‘Give Your Body Up To The Music’ Billy Nichols or Dee Dee Bridgewater ‘Bad For Me’.

If you had to paint an image of The Peech Boys what would you describe?

“It’s like a group of men that have managed to capture that feeling from being a boy. Youthful and energetic, no matter what. Very positive strength spiritually. One has a cold and the other sneezes, I see them as energetic men able to capture that realness of being young, because that’s something you lose very fast in New York City.”